Nguyen Hue pedestrian street in downtown HCMC during the weekends were flooded with the cheerful and jubilant atmosphere as huge numbers of fashion-lovers, city dwellers and tourists rushed to the boulevard to participate in a cultural and tourism event called “Fashionology Festival.” The crowds had a chance to admire around 1,400 latest fashion designs by prestigious designers at home and abroad despite unfavorable weather with sudden rains. 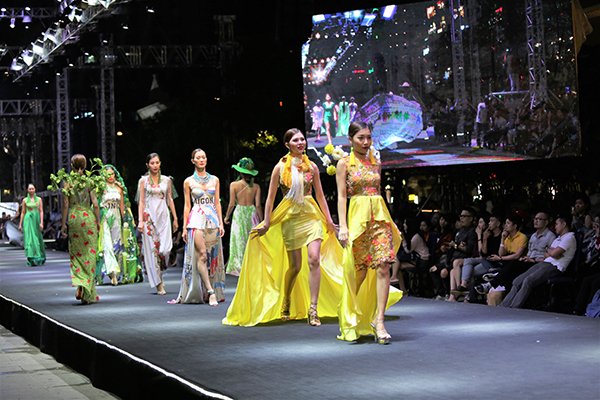 Models parade on the catwalk of the Fashionology Festival 2017 on October 20 - PHOTOS: THANH HOA – HOANG PHONG


The three-day event attracted a lot of attention and applause from the media and the public owing to a wide variety of beautiful fashions and music performances. Meant to contribute to promoting tourism development in the city, the event also served as a bridge to introduce Vietnamese fashion to international friends.

The pedestrian square that is 670 meters long and 64 meters wide was turned into the catwalk where young models paraded the latest and creative collections by more than 200 domestic and regional designers.

The first day of the festival, themed “Far East Identity,” brought a wonderful surprise for hundreds of spectators and fashion enthusiasts. Fashion collections featured there showed harmonious combination of traditional and modern features attached to the 300-year development of Saigon. The works are created by local famous designers such as Thuan Viet, Hoang Hai, Vu Thu Phuong, Le Long Dung and Da Thao. 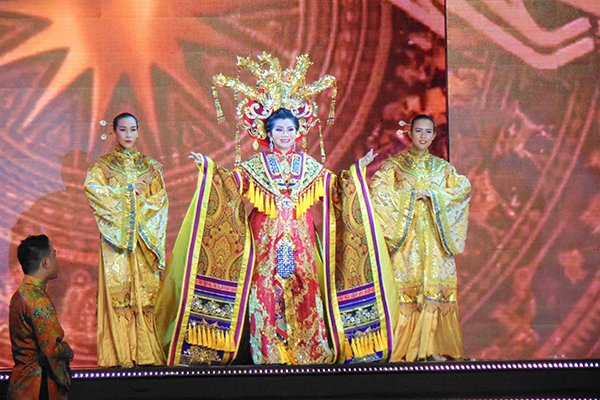 Notably, the festival featured artistic lighting shows of 3D mapping techniques, giving visitors an opportunity to see the stunning beauty of many iconic architectural works in the city such as the City Hall, the Central Post Office, the Notre Dame Cathedral and Ben Thanh Market.

Music lovers were pampered with a fantastic music party with the presence of renowned pop stars, dancers and art ensembles in the local showbiz such as singers Dong Nhi  and Vu Cat Tuong, and Buoc Nhay dance troupe.

On the second night of the festival, the vivid and joyful atmosphere on the pedestrian quarter heated up with big applause and cheers as the models came on stage in young and dynamic collections dedicated to local youths by 40 designers from the Southeast Asian region.

The first-ever festival wrapped up with the last day featuring the theme “Futuristic” showcasing latest collections by students majoring in fashion and industrial fine arts of local universities.

Speaking at the opening ceremony of the festival last Friday, La Quoc Khanh, deputy director of the HCMC Department of Tourism, said the city is striving to develop unique tourism products in an effort to woo more international travelers to the city and reinforce the position of HCMC as one of the top tourist destinations of Vietnam. 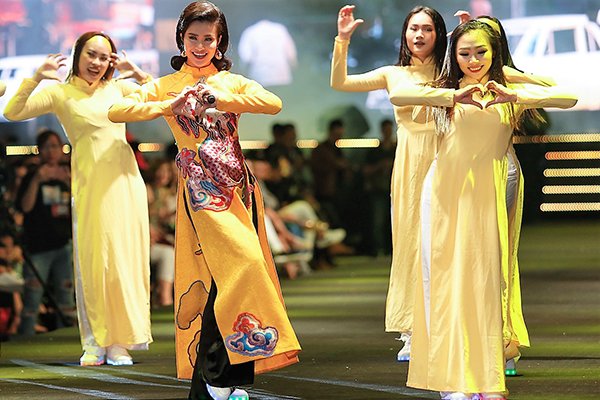 The large-scale festival held for the first time in the city showed tremendous efforts of the municipal government in promoting the city’s tourism image to international friends, providing ample opportunities for local and foreign young designers to meet up and share experiences in fashion, Khanh added.

Nguyen Thi Anh Hoa, deputy director of the HCMC Department of Tourism, told the Daily at the festival that the event with a unique combination between fashion and advanced technology is considered as a fresh and exhilarating tourism product to enrich the cultural and spiritual life among city dwellers and the foreign community living and working in HCMC, and bring a breath of fresh air to the city’s tourism.

A 29-year-old American visitor known by his given named as John explained to the Daily that no words could express his feelings as this was the first time he had seen such a special fashion show accompanied with striking artistic lighting shows, adding that he was strongly impressed by not only diverse entertainment and art programs in the city but also the hospitable and generous Saigonese. 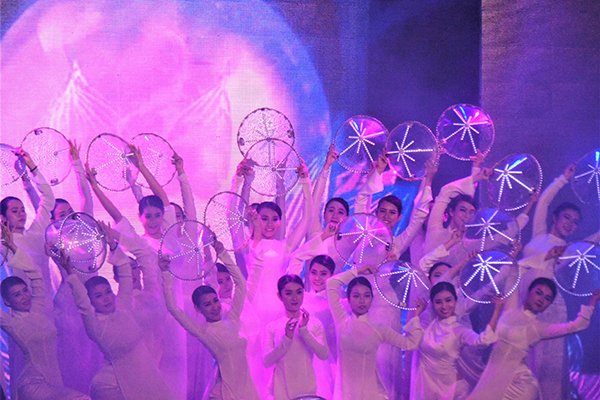 Organized by the HCMC Department of Tourism in collaboration with the Golden Communication Group, the first-ever event of its kind is expected to become an annual activity timed to celebrate Vietnam’s Women Day, October 20.

Data of the HCMC government shows that international tourists visiting HCMC in the first nine months of 2017 climbed to 4.2 million, an increase of 16% against the year-earlier period. Tourism revenue amounted to over VND84.5 trillion (about US$3.72 billion), a year-on- year pickup of 10%.